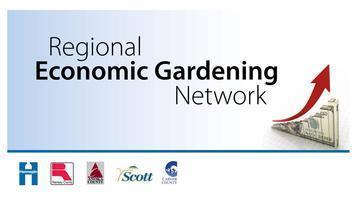 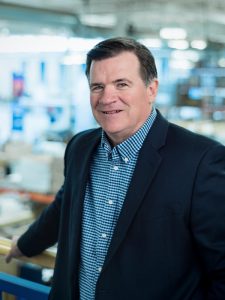 Bill Dierberger is president and CEO of Skyline Exhibits, headquartered in Eagan, MN. With over 120 offices around the world, Skyline is a recognized brand in the trade show industry and is a leader in the portable and custom modular segments for that business segment.

After graduating from Northwestern University in Evanston, Illinois, Bill played professional baseball with the Chicago White Sox. He began his business career at 3M and spent most of his career in global marketing and distribution roles, including a three-year assignment to develop 3M’s business in Asia.

Bill came to Skyline in 1999 and developed its dealer network. He oversaw marketing, sales, customer service, design, and training, and was named president of the company in 2010. During his time as president, he led the company through challenging times, including the death of the company’s founder, a new board of directors, and the sale of the company to a private equity firm. During his tenure Skyline’s sales tripled, and he migrated the company and its culture from a manufacturing and engineering driven company to a marketing, design, and service driven organization that continues to manufacture at high degrees of accuracy and efficiency.

Skyline has won every major award in the tradeshow industry. In recent years, Skyline has been named Minnesota’s Manufacturer of the Year and received the Outstanding Corporate Innovator Award, an international award whose previous winners include BMW, Fed Ex, DuPont, and Harley Davidson. The company holds over 100 patents, and over 20% of the company’s annual sales come from products that were invented in the past five years.